Challenge the slums with the Hult Prize! 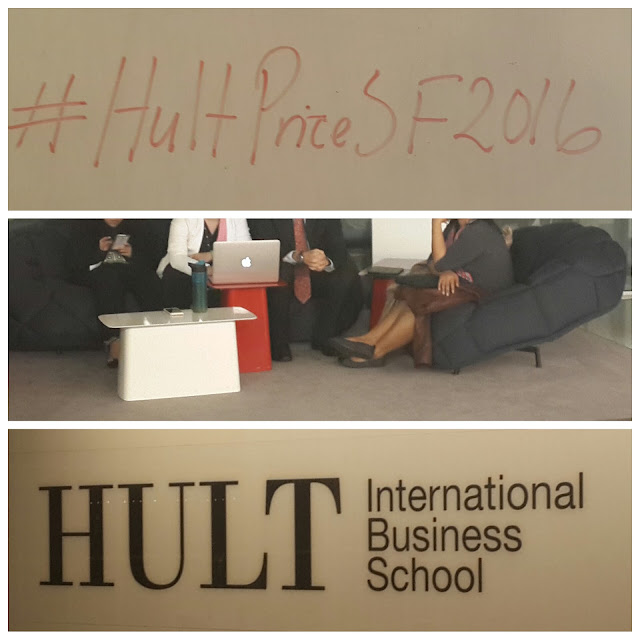 “If you can create a real business, the beginning of a prototype, you can change the world.”

Last Saturday was the internal competition of the Hult Prize at the San Francisco campus of Hult International Business School. In case you never heard about the Hult Prize, it is the world largest student competition for social good. It was initiated in 2009 by Ahmad Ashkar, a former MBA student of the Hult International Business School. Every year, the team with the best idea (chosen by the judges) to tackle a specific global issue receives $1 million to develop a social enterprise. This year, the challenge is Crowded Urban Spaces.

Started at 9:15am, the competition saw the participation of sixteen teams of three or four members from undergraduates to MBA students. The teams where divided into four groups and presented their innovative ideas to “build sustainable, scalable, and fast growing social enterprises that double the income of 10 million people residing in crowded urban spaces, by better connecting people, goods, services and capital.” The public could not have access to the first pitches of the day but after that round he judges chose a winner per room for the finals.

After the lunch, the jury announced the winning team per room and right after hearing their name, the members of each team had 10 minutes to convince all the judges that they were the best to represent the school at the regionals. At that point, every detail could have made a difference and it actually did… I was glad to see that two of the teams in the final round were from the Master of Social Entrepreneurship program and that the winning team was one of them. Composed of students from France, Uganda, Japan and India, Slum Dunk made the difference with their Musana Carts.

Slum Dunk developed the idea of providing simple and affordable, modular and solar powered business carts to street vendors in Kampala, Uganda. The goal is to provide street vendors with access to energy, capacity and mobility in order to double their income and empower them by facilitating infrastructures within the informal economy.

I believe that one of the reasons why Slum Dunk won the competition was the considerable amount of researches they have done and the feedbacks they got from their targeted population. As I already mentioned in my previous article also about tackling the issue of slums, it is not just about providing a solution, it is about bringing something that people would be interested in. And in order to have an effective solution, the people directly concerned have to be part of the process to find that solution.

The other teams also had great ideas that they can proofread and present again online for a chance to continue the journey. If you want to learn more about the Hult Prize, previous challenges and winners, or how you can participate, please feel free to check the website.